You are probably on this page as you have been given a challenge: "find golf balls printed with our logo". If so there are probably a few questions going through your head at the moment: what do all the different types mean?, how much should you spend?, how much are logos?, how long do they take?...what time is lunch?!

Buying Custom Printed Golf Balls should not be confusing, we specialise in supplying these balls from Australia's top suppliers. Why not take 2 minutes to work out the different types here:

Brands - which are good? All different brands including the ones we feature here (Nike, Callaway, Srixon, Titleist and Maxfli make balls that are different grades - no one brand is better though sometimes individual players have preferences for certain brands

What grades/specifications are available? We sell three different grades of balls: $ Amatuer - suitable for golf days for social players. $$ Intermediate - suitable for those that play on a semi regular basis and golf days. $$$ Professional - not just for the pros but those that appreciate that premium golf balls can enhance their game.

Printing Golf Balls We take care of this and every single ball you see on this website includes your logo!

How long do they take? Most of our Golf balls are costed on our two week supply program, some can be speeded up for a small surcharge - please ask about your individual requirements

Call us on the number above - we are here to answer your questions and get your order underway now. 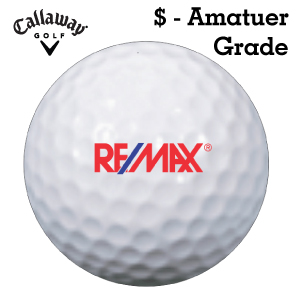 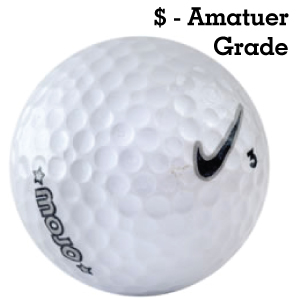 An Imprinted Golf Ball with a softened ionomer cover fo ... 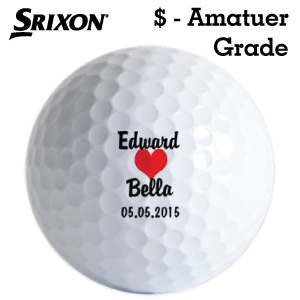 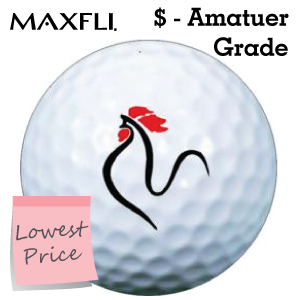 The newly released HEX Diablo from Callaway is a logo g ... 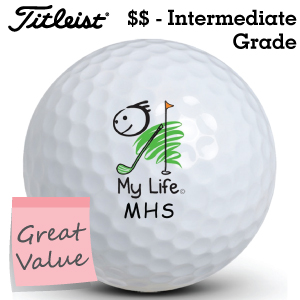 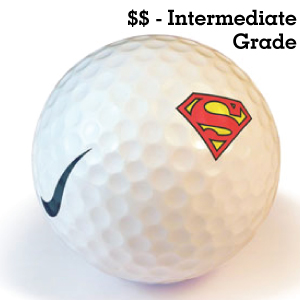 These Nike Promotional Golf Balls are perfect for those ... 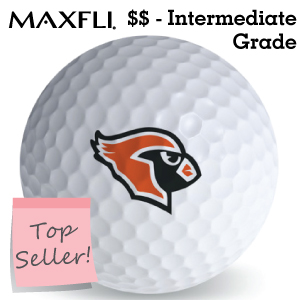 One of Australia's favourite Printed Golf Balls the Ico ...

Titleist Pro V1 balls are where you turn to when you re ...

Need other branded items for your golf day such as bottles, shirts and bags? - click here

The game of Golf has always been an exceptionally popular sport, with a growing number of players all over the world.

Golf is typically observed as having started during the 15th Century in Scotland, with some scholars arguing it is a continuation of a Roman game, brought to the Isles. The game itself did not find a strong footing until the late 19th century, when it spread across to the rest of the United Kingdom, and through it the British Empire and America.

Golf is a highly specialised sport. A golf course consists of a series of holes, each with a teeing ground that is set off by two markers showing the bounds of the legal tee area, fairway, rough and other hazards, and the putting green surrounded by the fringe with the pin (normally a flagstick) and cup. A full golf bag consists of a large number of wedges, drivers and putters, all of which have their own place on the course and throughout the game. The major tournaments internationally are The Masters, the U.S Open, The Open Championship and the PGA Championship for men, and for women include the Kraft Nabisco Championship, the LPGA Championship, the US Womens Open, the Womens British Open and The Evian Championship.

Golf can be played by any number of people, with a total course consisting of 18 holes. In 2005, Golf Digest came to the conclusion that the countries with most golf courses per capita, starting with the highest number were: Scotland, New Zealand, Australia, Republic of Ireland, Northern Ireland, Canada, Wales, United States, Sweden, and England.